Ski touring up the Tournette 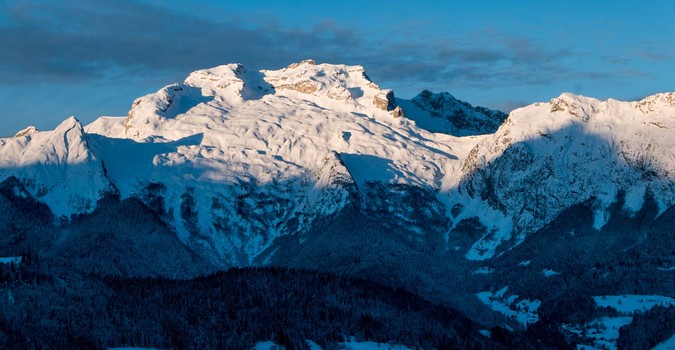 2019 is already in its second month, but I haven't "guided" yet this year. In the three weeks I have been hanging around in the Southern Alps, I have had the opportunity to make several cuts of the snowpack, to see how dangerous it is. Goblets, these famous ice crystals that do not allow each other to be fixed. A snow without consistency, a "fragile" layer.

This weekend, February 9-10, marks the resumption of service: a collective at La Tournette, via our guides' office in Annecy. The weather is average, the snow report looks, as often in the middle of winter, like a Norman answer to the question, always the same, to assess the strength of the snowpack. This risk 3, marked, which says everything and nothing. Above all, he says that we must keep in doubt, all the time. Especially up there, in this terminal slope which exceeds 30°.

I meet the group in Thônes, and we go up in the rain to the car park. A short collective reading of the BERA (Bulletin d'estimation des risques d'avalanche) in order to share knowledge, to make people aware that this decision that may have to be taken in due course will be shared. Shared in the spirit of practice, in this unity of the mode of action that should bring us together, as a group of practitioners. Renunciation is one of the possibilities, and its possibility is evoked and shared. We can now start the climb. 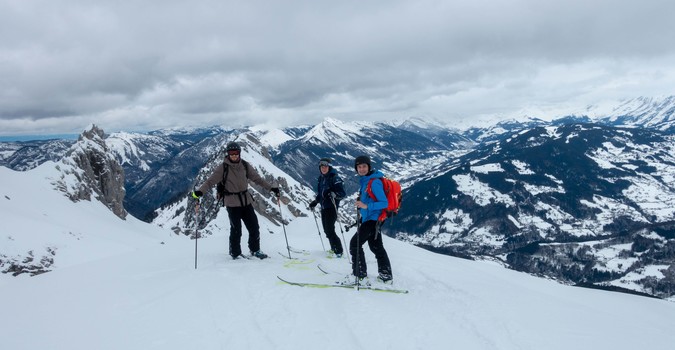 Up there, at the level of the long hilly crossing that leads to this famous terminal slope, we are soon caught in a thick fog. The trace has been made. But it is not an element that should be involved in the decision to engage in it or not. Never. I have no distance from this snowy mantle, and to make a circumstantiated decision, I want to be sure. To do this, there is nothing better than a cut of the snowpack to evaluate its composition. A hole six feet deep, it warms up. What homogeneity, and what accumulations! Where I dig, there is more than 5m of snow accumulated. I can't touch the ground with my probe. No fragile layer there, I am reassured, we can continue. Even if, as always, doubt must remain present, because it stimulates attention to the events that can take place: suspicious movement of the snowpack, crackling, whouuff, surface flows... All these elements, which, if they occur, are directly linked to the BERA of the day. 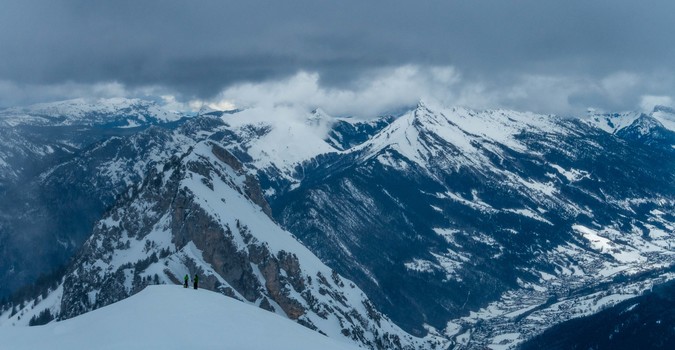 Even if the snowcut has greatly reassured me, it does not mean that the coat is homogeneous in every respect. So, as a first precaution of group skiing, we distance ourselves from each other. Visibility is very poor, and the atmosphere is guaranteed! No view, but this feeling of being alone up there, wrapped in thick fog, is a compensation.

Soon the summit, or rather the foot of the chair. We walk into the short but steep snow slope overlooking us, which brings us to the small metal ladder that leads to the highest point. The snow is very hard, the tracks are bad. An exchange with my companions of the day, who quickly realized it, and who soon decided once again to turn around. Wise decision, detached from the ego, I congratulate them. The alchemy works well, the group is connected on the way to approach the mountain, and this element that keeps constantly a part of mystery: the snow. 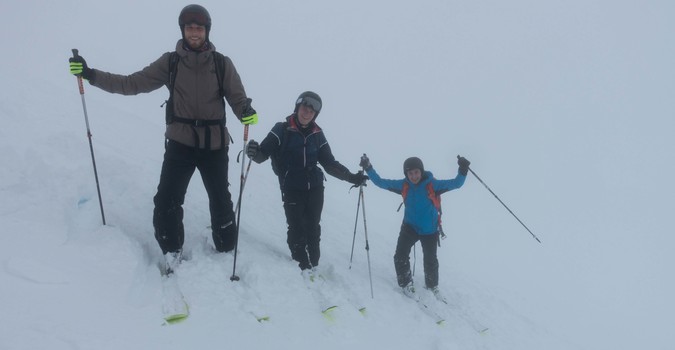 Hot tea, photos, hugs, everyone is delighted. The "best" awaits us. Attentive on the summit slope, especially due to poor visibility, I relax quite quickly when we pass partly under the cloud. In part, because visibility remains poor. I soon find myself sitting in the snow with my ass in the snow, after a cabriole worthy of the big hours of gym lessons. No pain, but a beautiful Flip forehead. I turn around, and see the small talweg. I stuck my skis in it, stopped right there! The customers, not without laughing at the poor "skilistic" performance of their guide join me: "but your ski, it is not a little twisted? Indeed.... 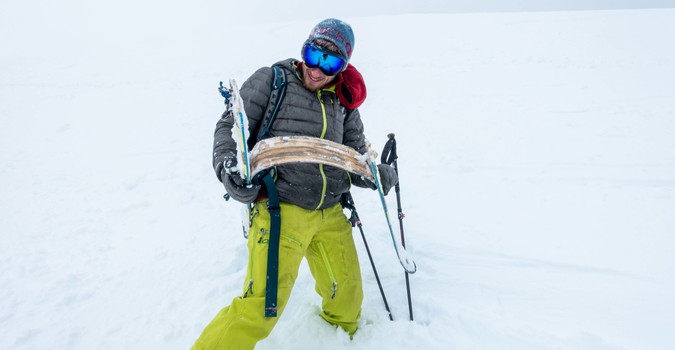 The results : a clean broken ski, an exploded shoe collar, and a descent that promises to be long but particularly ingenious. Sledding on one ski, sledding without a ski, mono-skiing... I think the serendipity didn't work this time, and I still prefer the balance of two skis!

All these efforts are quickly forgotten over a good shared beer! 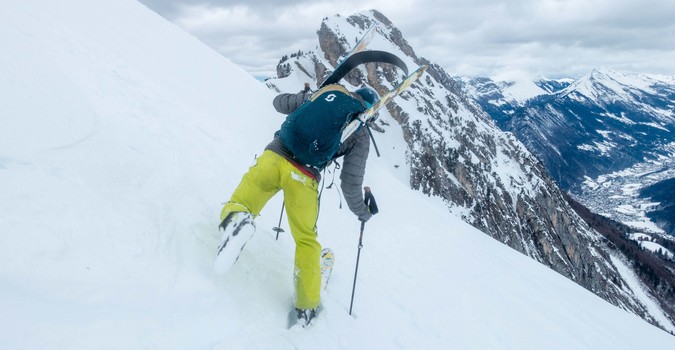